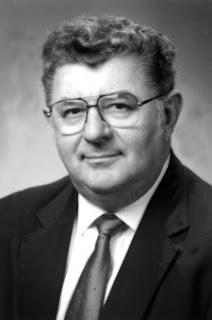 Paul Cuomo, PLS, of Newport Beach, California, founder of Pacific Land Seminars and owner of Paul Cuomo Press, Inc., passed away on December 2, 2008. He had been diagnosed with a brain tumor in August 2008. He passed peacefully with his family by his side. Paul began his surveying career in 1958 with the California Division of Highways (Cal Trans). He became a licensed Land Surveyor in 1973 and that year started teaching boundary classes at Santa Ana Junior College. He left Caltrans in 1980 and joined the Orange County Surveyor's Office as Deputy County Surveyor. In 1985, Paul founded Pacific Land Seminars and began offering exam preparation workshops for the California Land Surveyor in Training (L.S.I.T.) and Professional Land Surveyor (P.L.S.) exams. He "retired" in 1993 to become a consultant in the boundary and mapping fields, and to focus more on surveying education. Paul was a founder and past chairman of the California Foundation for Land Surveying Education. He was a major supporter Cal Poly Pomona's efforts to obtain ABET accreditation for their 4-year Surveying option program. As a result of the Foundations efforts, over $100,000 in scholarships have been awarded to surveying students at Cal Poly Pomona and Cal State Fresno. In addition to scholarship funding, the foundation also provided over $50,000 in equipment donations to the Fresno, Pomona, Santiago Canyon Community College, and San Jacinto Community College surveying programs. Along with Michael Pallamary and the late Roy Minnick, he co-authored "Advanced Land Descriptions", and authored "Surveying Principles for Civil Engineers" as well as the yet to be published "Elements of Boundary Control." He has been an Expert Examiner for the State Board of Registration, held the office of president at both the local and state level for the California Land Surveyors Association, and, through Pacific Land Seminars, has presented classes, seminars, and workshops across the United States.

Paul was born on March 23, 1937, in Brooklyn, New York. He was a devoted husband and doting father. He is survived by his wife of nearly fifty years, Peggy, by his two sons, Tom and Tony, their wives Janessa and Rachelle, and his four grandchildren, Julian, Elena, Zoe, and Cole. In his youth, Paul was a devoted Brooklyn Dodger fan. In the late fifties, he followed the team to Los Angeles, California. In spite of his team's defection, Paul loved to travel back to his native New York to take in the theater in Manhattan, and visit family & friends. He was an avid pool player where his skills earned him the moniker 'Paulie Fats' Paul played a wicked and deadly game of 9-ball. He loved music of all types and had a wonderful singing voice. 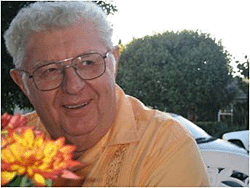 As an educator and mentor over the past four decades, Paul's passion and devotion to the advancement of surveying education has touched thousands of lives and careers. Based on his extraordinary commitment to Land Surveying education, two separate memorial funds have been set up, one through his local Orange County, California, chapter of the California Land Surveyors Association, and the second through California State University at Fresno. Donations can be made payable to either the "Paul Cuomo Memorial Scholarship Fund" (the C.L.S.A. Orange County Chapter fund) or the "Paul Cuomo Memorial Educational Fund" (the Cal State Fresno fund), and forwarded to Pacific Land Seminars, 2832 Tigertail Dr., Rossmoor, CA., 90720.

Promote Your Page Too

Choose Your Path, Make Your Mark